1. What was the first song you remember hearing and enjoying on the radio?
“Tie A Yellow Ribbon ‘Round The Old Oak Tree.” I was 10 and this song for some unfathomable reason, captivated me.

3. What was your favorite year, music-wise?
1989 – 1990. I was out of the Army, back in college, working at a college radio station and really started to pay attention to music during that period.

4. If you could witness one historical music event through all time, what would you pick, and why?
The Beatles playing at Shea Stadium.

5. Do you have a song that never fails to cheer you up? What is it and why does it do that for you?
No one song specifically. However Randy Newman can usually make me happy as can Bob Dylan. If I had to name one song it would be “All I Really Want To Do” from the album “Another Side Of Bob Dylan” a very happy and generally upbeat album.

Well, I don’t think it is Mike Brown, the current head of the Federal Emergency Management Agency. For a federal agency that has become as important in the last 15 years or so, as we have seen with FEMA, you di don’t hire a lawyer, who has no disaster experience. You don’t hire a college buddy whose last job was as a horse judging association president.
You hire someone with real experience. You hire a former head of the Red Cross. You hire a retired three star general. You hire a retired engineering executive from Halliburton or Kerr-McGee.
You hire someone who knows how and when to rally a tremendous amount or resources quickly to give aid and assistance to whoever is struck by plight and catastrophe.
But what do you expect with a White House completely out of touch with the American public. 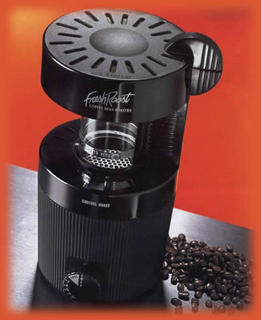 I present to you, dear readers, an essay contest. 750 words on your world of coffee and how coffee positively effects your life. Creativity counts. Grammar and puncuation count.

The winner will receive a used coffee roaster! That’s right friends, my 18-month old roaster is available for the asking to the writer with the best coffee-themed essay. I have upgraded to super coffee roasting appliance heaven and I have a great lil’ roaster to pass on to someone else who wants to dabble in a hobby that has fundamentally changed my morning routine. The roaster is well used and has had some wear. It needs a new roasting chamber (Available from the manufacturer for about $6.00) but it is useable. Very much so. And roasts a pot’s worth of coffee in about 5 minutes. The winner will get a full coaching on use.

So, fire up the word processor and get in on the hot, roasting action.

Send your entry to { roy dot brain at gmail dot com } and leave a comment below when you have entered to help fire up the competition.

“In comments on Thursday, Sep. 1, in an interview with Diane Sawyer of ABC News, President George W. Bush said, “I don’t think anybody anticipated the breach of the levees. They did anticipate a serious storm. But these levees got breached.”

In comments to the press on Sep. 3, Homeland Security chief Michael Chertoff remarked, “That ‘perfect storm’ of a combination of catastrophes exceeded the foresight of the planners, and maybe anybody’s foresight”, and called the disaster “breathtaking in its surprise.”

It’s not our fault,” said Army Lt. Gen. Russel Honore, in charge of the deployment of National Guard troops in New Orleans. “The storm came and flooded the city.”

Hurricanes are an inescapable part of nature’s way on the Gulf Coast. Nature doesn’t care about tax cuts and fiscal years and budget crunches. Nature doesn’t care that a city of 500,000 people situated below sea level lies in its path. It was certain that New Orleans would sooner or later get hit by a hurricane that would breach the levees. How could the director of Homeland Security not be familiar with this huge threat to the security of this nation? How could the President not know? How could all the presidents and politicians we elected, from Eisenhower to Clinton, not know?
The answer is that they all knew. But the politicians we elect don’t care about the poor people in New Orleans, because poor people don’t have a lobbyist in Washington. The poor people don’t make big campaign contributions, and those big campaign contributions are vital to getting elected. In all of the Congressional and Presidential races held over the past ten years, over 90% were won by the candidate that raised the most money.”
Read the rest at Dr. Jeff Master’s Weather Blog. A damn fine tirade, from a scientist. 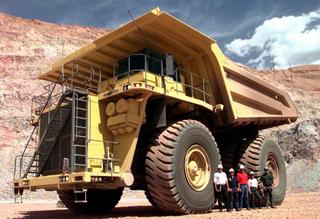 1. Link to your local news source: The Denver Channel.com

2. Link to your favorite dessert:Raspberry Cheesecake

3. Link to a band that you despise: The Doors

4. Link us to a good book: Lolita My current read.

Although I’ve never been to New Orleans, watching the news has effected me greatly. This week’s FridayFiver has been hijacked in an effort to ask you all to think about what you have and what you may be able to give. The following list comes from CNN:

Next week? Return of the funny. I promise. 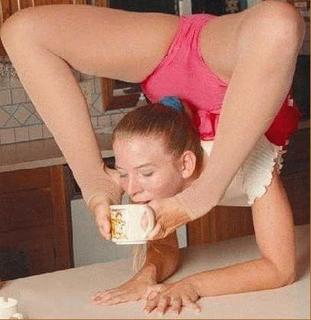 1. What if any instrument do you play?
I can play the saxophone and took organ lessons as a child, but I haven’t played an instrument for years. I am trying to learn the guitar, but I am not very focused at it.

2. If you could choose to play an instrument what would it be?
Acoustic steel blues guitar. I wanna be a bluesman.

3. If you were in a band, what would your band’s name be?
I was never good at this sort of thing. The master fo fun band names was Dave Berry. However, running through this I came up with Eric Cartman’s Sagittarius – a great band name.

4. What type of music would your band play?
Blues renditions and covers of 1980s new wave songs. I can hear them in my head and they rock. Now, to just figure out how to get them out of my head and on to disc.

5. Would you continue to be good for years to come, or would you and your band end up in Branson playing for bus loads of elderly?
The act described above is pure Branson material. 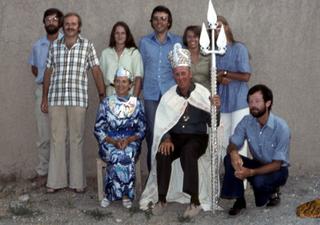 1. Flu season is around the corner. How do you handle the seasonal head cold?
Zicam usually. And I supplement with a preemptive Tylenol and a saline nasal spray. I generally don’t too run down with a cold, but I have had a few multi-day bed rests in the past. Hopefully this year will be better. I am a firm believer in the flu shot and will take one again this year.

2. Apirin? Tylenol? Motrin? Which side of the line are you on?
Tylenol Liquid Gel Caps work great for me – like a little pain relieving manna from health care heaven.

3. What was your favorite meal served at your elementary school?
Homemade hamburgers featured homemade buns. There was something about their taste – real home cooking, like grandma made. Wait a minute, grandma did make them. Ahhh, the sweet joy of a small town.

4. One preseason game is out of the way. Do the Broncos stand a chance this year?
I honestly don’t pay any attention to preseason. One of my employees lent me a football season preview magazine, but it sits on my desk unread. I have no idea what the team’s chances are. But the sports writers all seem united on the prospect that Tatum Bell is going to have a great season at running back, which is good news.

5. What does your mom do to make you cry?
When she talks lovingly and honestly about my father and he life since his passing. (Go ahead kids, try and top that.)